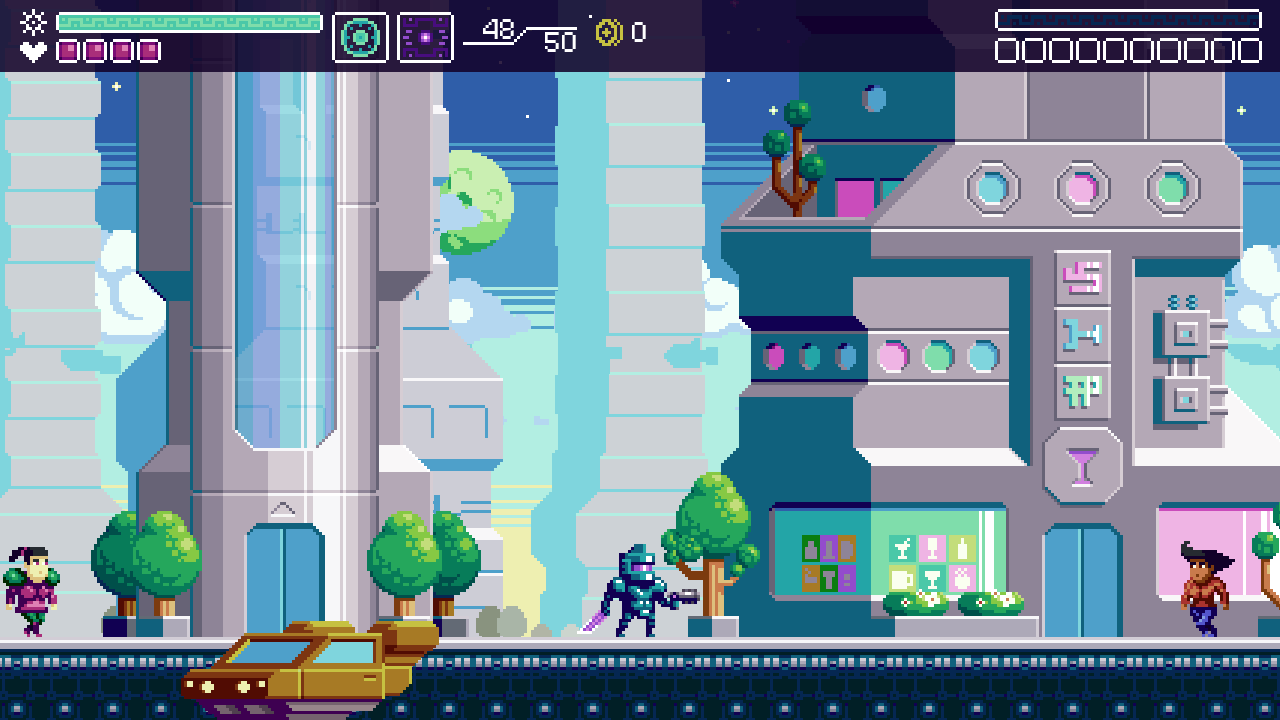 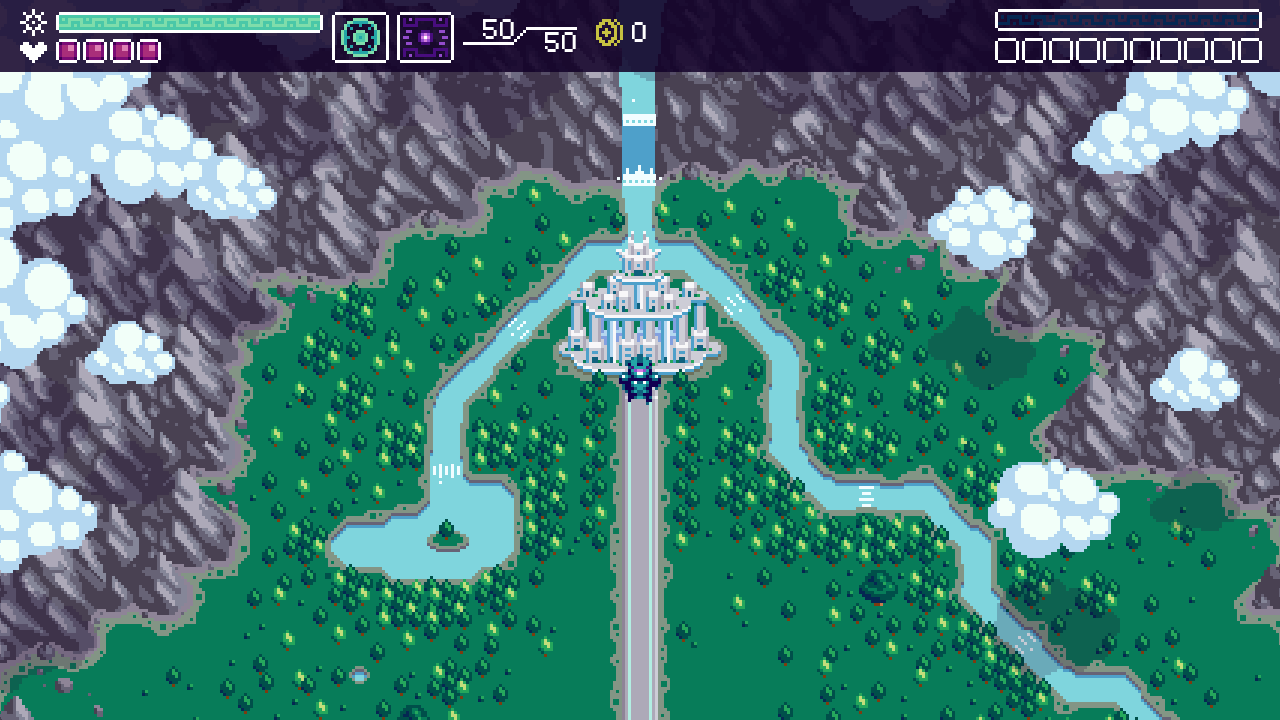 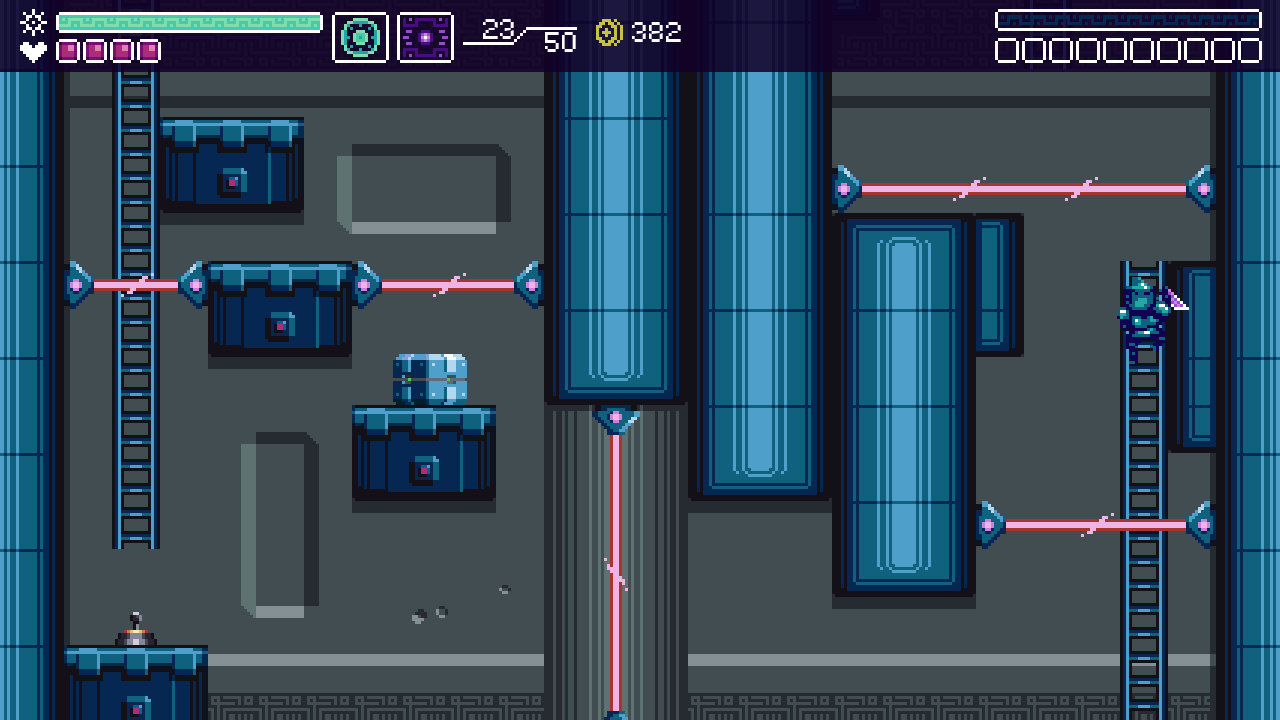 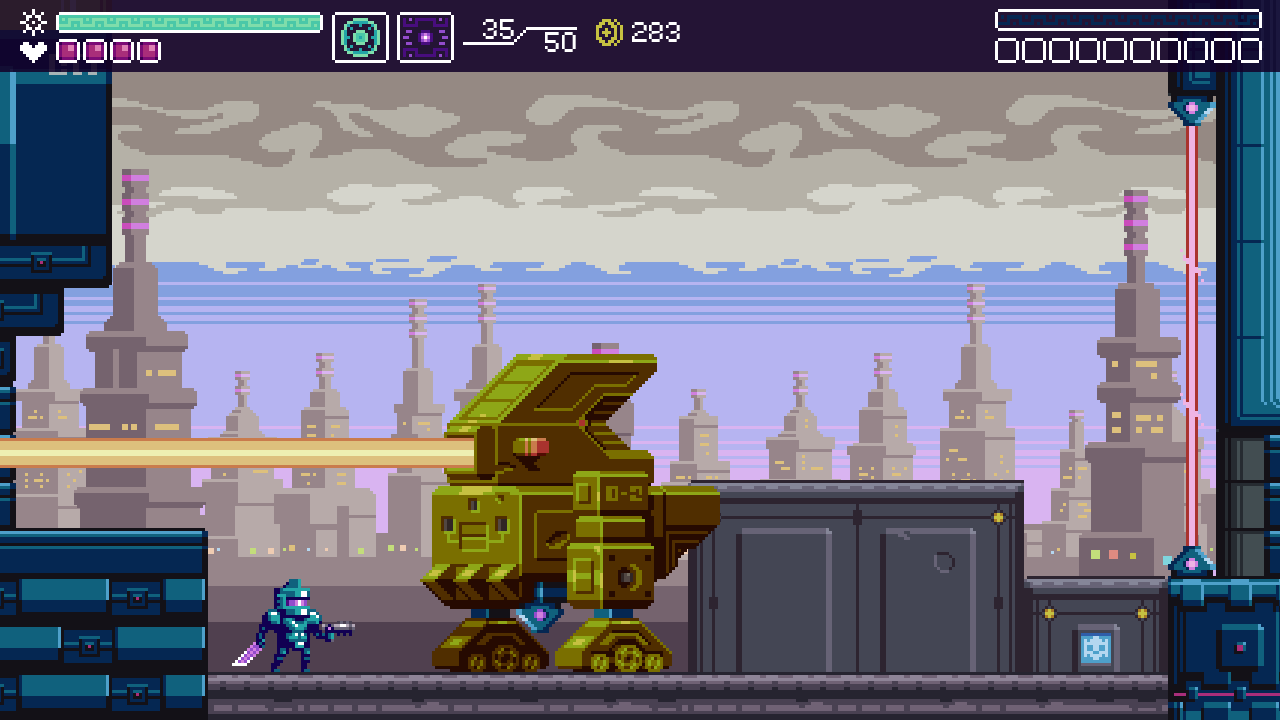 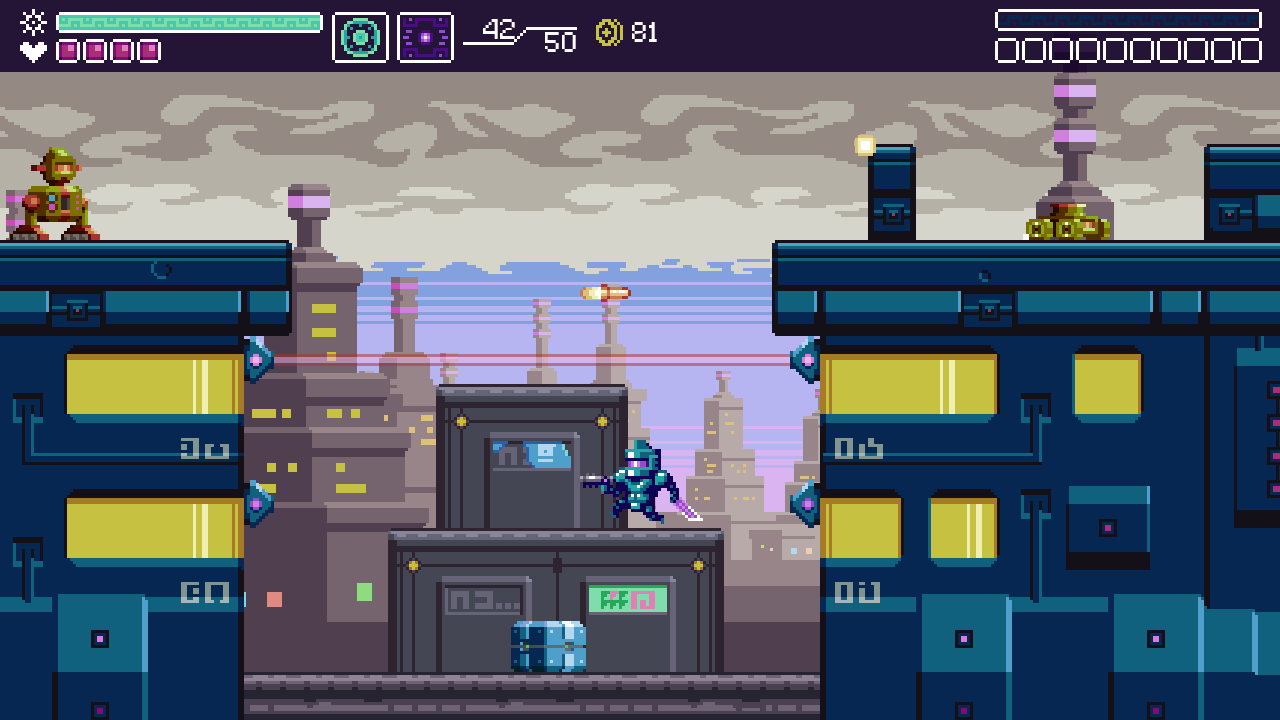 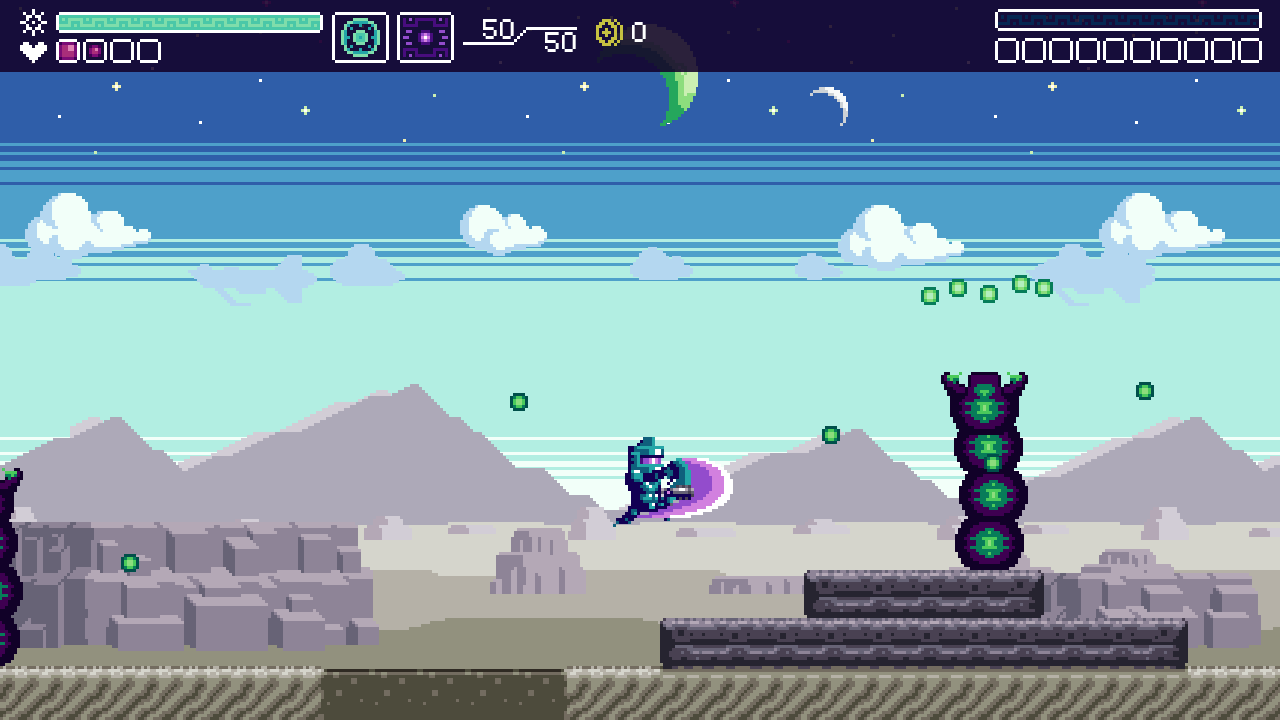 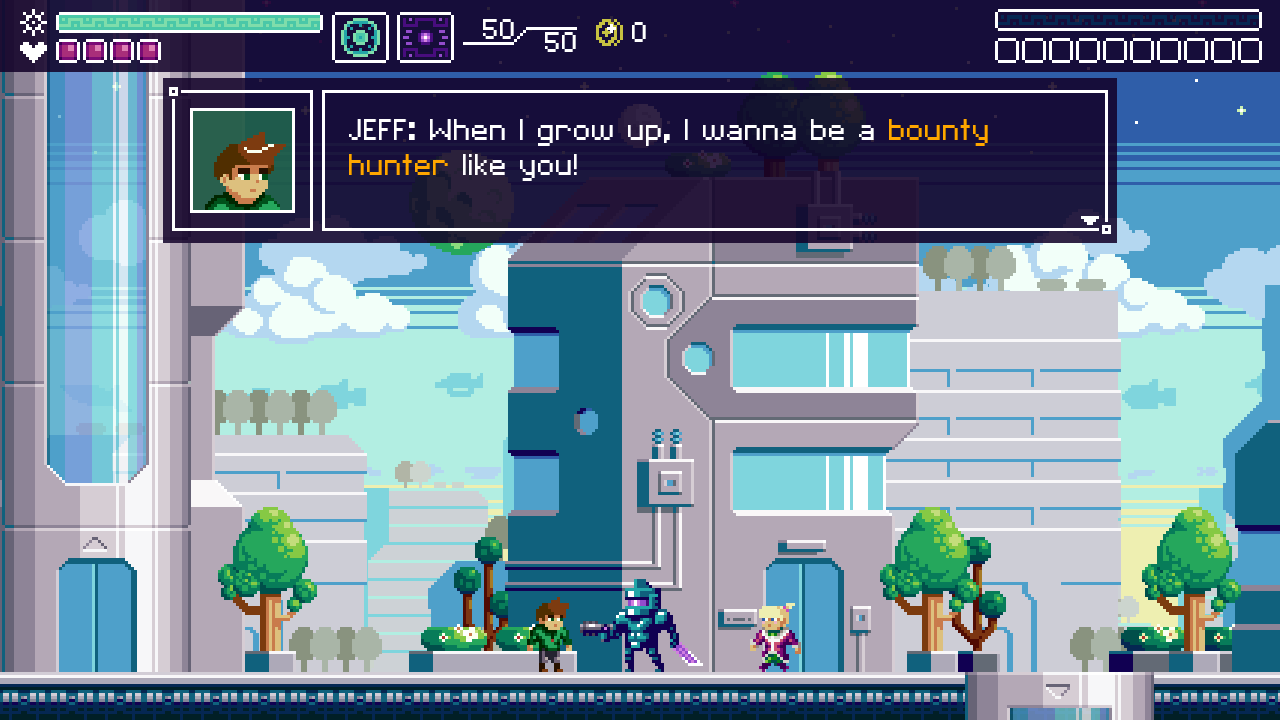 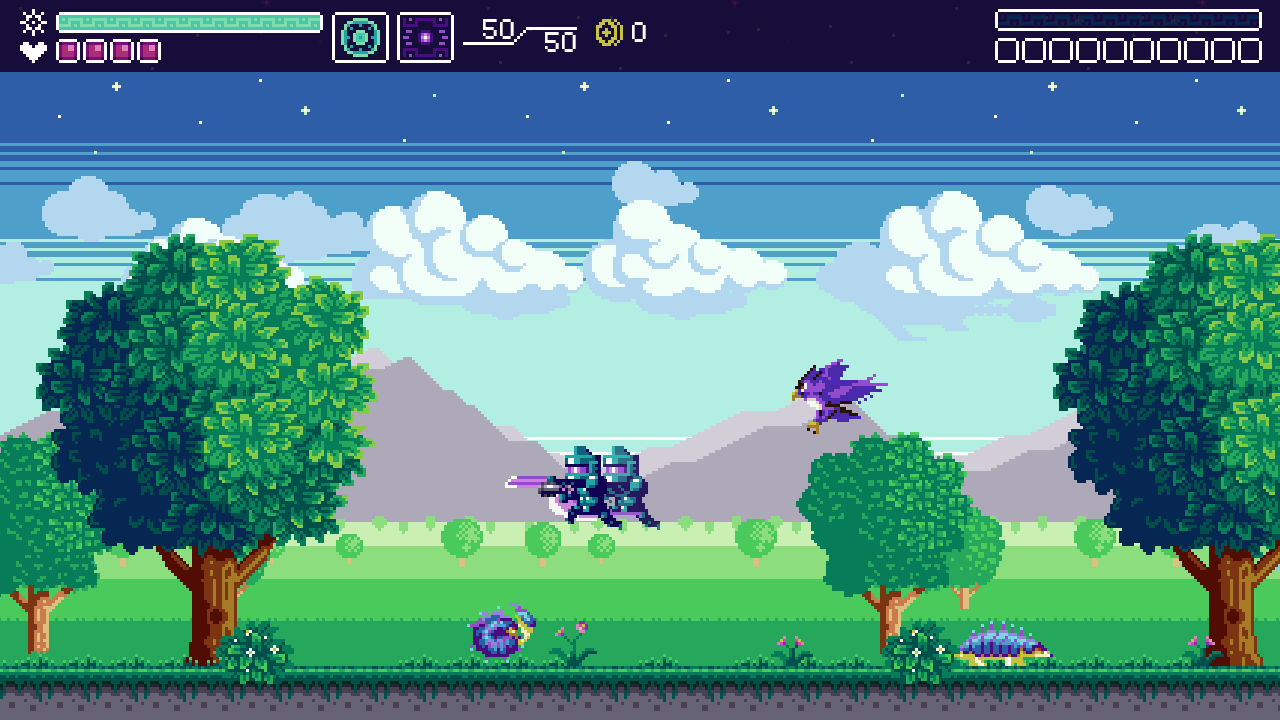 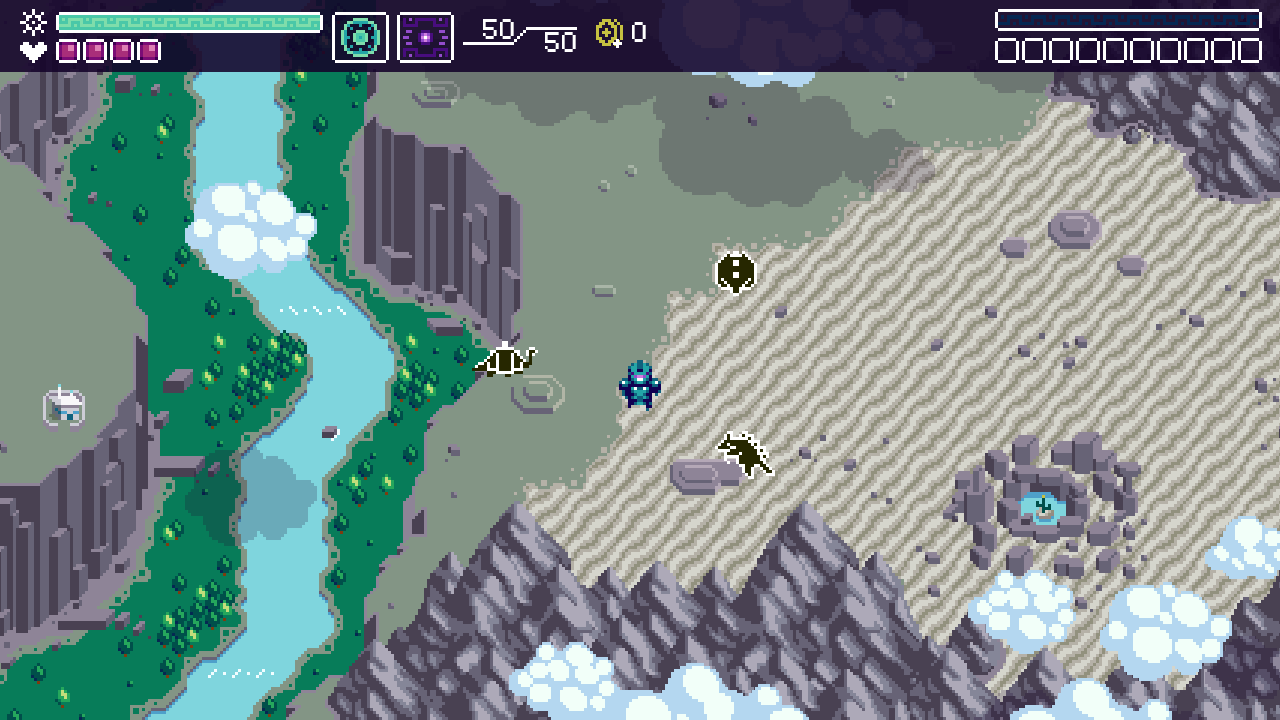 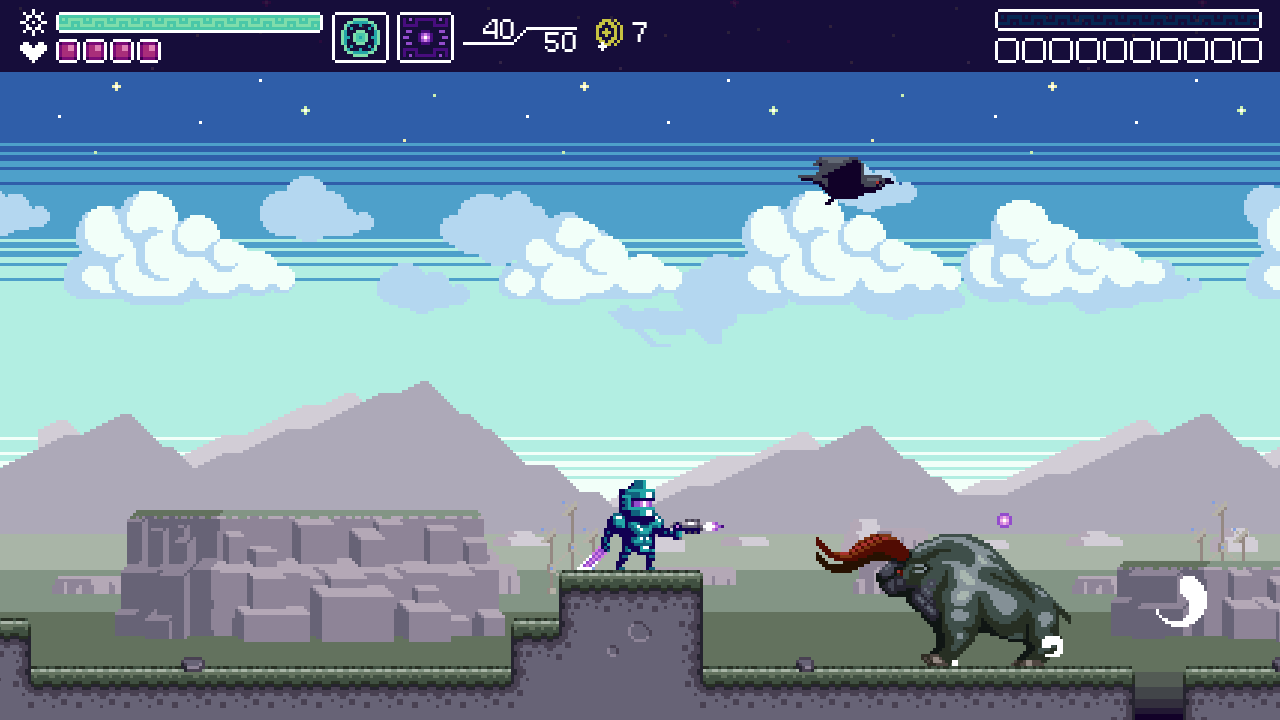 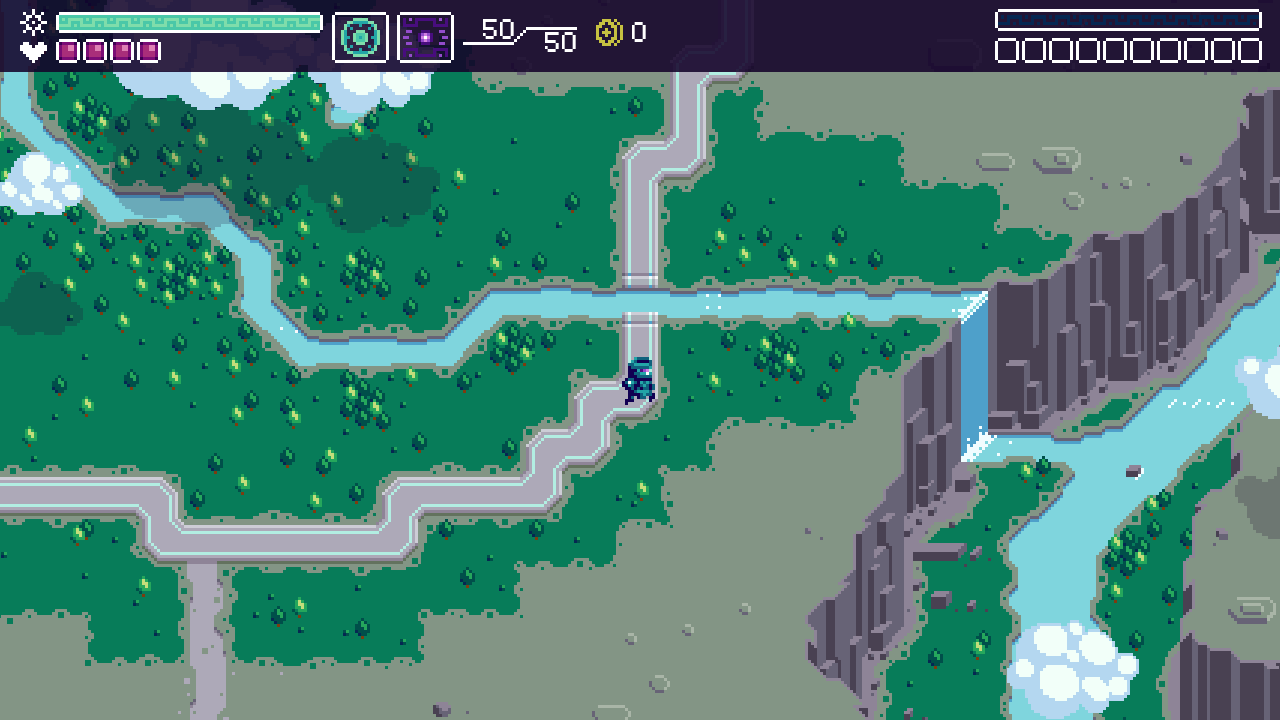 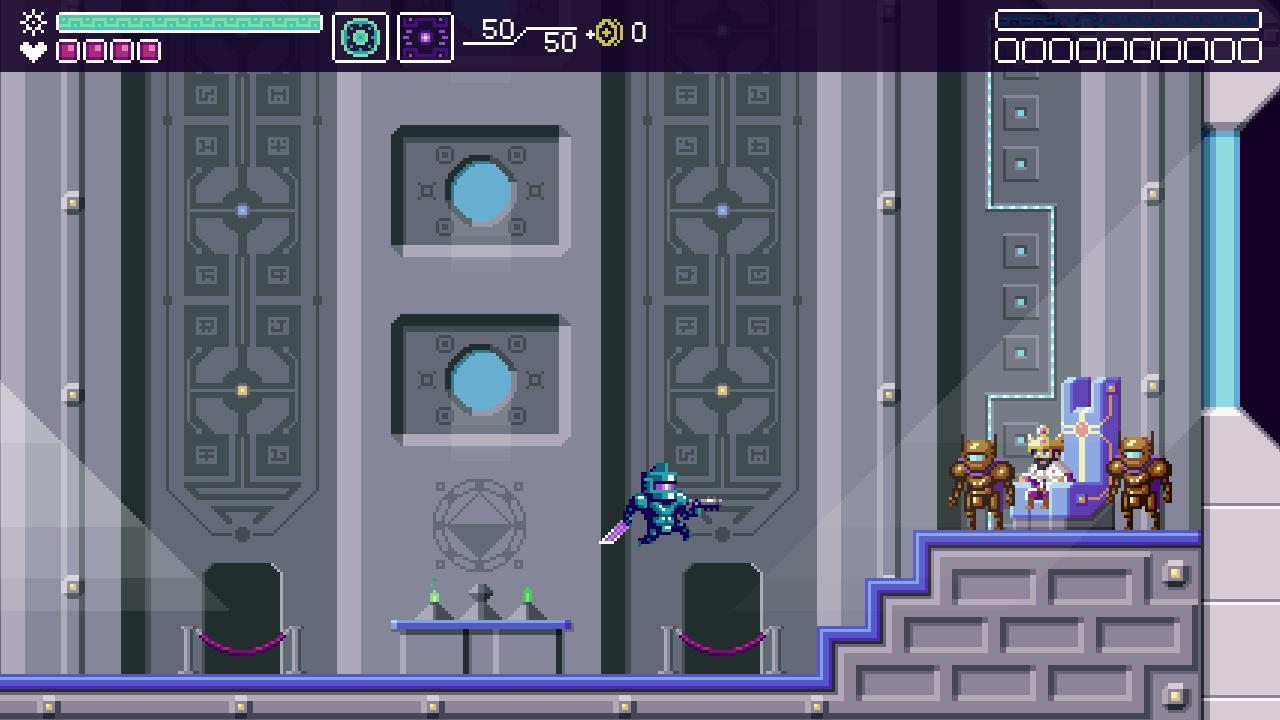 Thyria: Hunt for Krooxh is an action-rpg platformer inspired by legendary classics such as Zelda 2, Mega Man, and Super Mario Brothers.

Control an ambitious bounty hunter named Taroc, on a quest to hunt down the most dangerous criminal in the galaxy.

Most of the action takes place from a side-scrolling viewpoint where you have a wide range of platforming skills to traverse the environments with. This includes dash, double-jump, wall jump, teleportation, and more. On top of that, you will acquire a diverse set of gear including ranged, and melee weapons.

Overall, this provides a nice balance of action and platforming gameplay. However, progression is much more like a RPG. In order to progress you will have to clear actions stages, find new gear, level up your stats, and converse with npc’s.